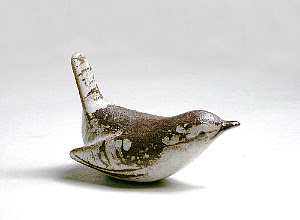 Our Stoneware Wren Sculpture is a popular classic

from our Ceramic Birds collection

﻿﻿﻿﻿﻿
When, as described in the previous post, I  presented my pitch to Mr Burns, I believe that he responded to the what he perceived to be a large scale idea, but did not recognize that the the need for a larger scale arises from the need to accommodate the breath and depth of our line of designs as well as the development of new designs. Our designs have retained their marketability for over half a century but because we use a hand crafted production process, our designs never saturated the market. The reason for envisioning  a number of networked production studios is because of the complexity of producing such a large line. If one can contract the crafting of designs to other studios, those studios can then focus on the specific skills and artistry involved in specific designs.

Each individual piece has individual tricks that one has to keep in mind. Some pieces such as our small birds are always in production, but other pieces are produced in runs. When I am working in casting, I usually find that if I haven’t produced a piece for a while, it takes at least a couple of tries before I completely recall all the little tricks that make that particular piece function  at an optimal level. There is a great marketing potential for Andersen Studio on the Internet, which can produce an increased demand for all of our pieces, enabling us to provide a bread and butter basis for other slip cast productions. These could be designer craftsmen themselves or slip cast productions that primarily focus on the craft of slip casting. 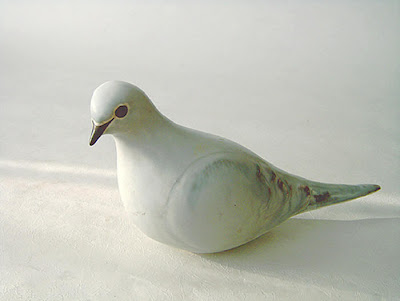 Andersen Studio started with an idea. That idea was not about making a high growth profit, it was to make a hand crafted product affordable to the middle classes. Just as one could not start a Microsoft or an Apple company in one’s garage today due to all the governmental regulations that have since been put into place, one could also not start a business based on the idea of creating an American- made hand-crafted product affordable to the middle classes. It was a difficult goal even when my parents started this business during the Golden Age of the Middle Classes.

But Andersen Studio is not a start up company. We already have a line that remains affordable to the middle classes and is hand- crafted in America.  Andersen Stoneware is an established brand, and a low profile collectible, with a well recognized place in ceramic history. That puts us in a unique marketing position that fits comfortably with social network marketing, and potentially with portal marketing as well. We also have an established wholesale business. We are currently seeing an organic growth in social network marketing, but are restraining from portal marketing and other more pro-active forms of Internet marketing as our current production capacity places limitations on rapid growth.

An idea remains only an idea until one connects with those that who share a similar interest and have the capacity to co-ordinate on implementing it. In the mean time one plans should include being prepared if interested parties appear. Expanding our production and shipping facilities is a necessary next step in our growth. 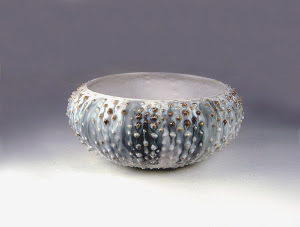 Our first new production facility should be located reasonably close to where we are currently located in East Boothbay, Maine. It would function as a production and a training facility, where we can teach the skills and aesthetics of our craft and designs. Other facilities can be located any where including areas where there is high unemployment and low income.  A ceramic production company can work with those who have a good work ethic and an ability to learn and a capacity for self direction. There can be a retail gallery adjacent to the production as a hand crafted art product works as “destination shopping” and around “destination shopping” other retail outlets arise- the most well known example of this phenomena being LL Bean.

An expanded shipping and delivery space is also a necessary function. It could potentially handle the needs of other producers as well