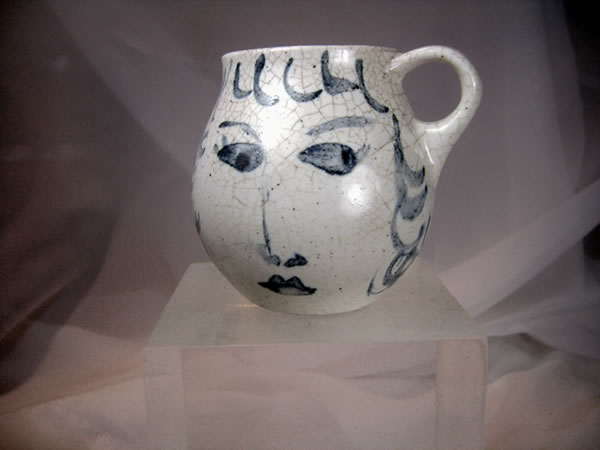 Brenda started the tradition of using ceramics to express very personal art as shown in this mug designed by Weston and decorated by Brenda, circa early 1950’s

Weston and Brenda Andersen are recognized as an important historical figure in the ceramic and design fields. This weekend we were visiting with a New York antique dealer and historian, who came to us with a recommendation from Eva Zeisel’s daughter, At the time of our first introduction, he was looking for industrial design drawings of the fifties era and he came to our house and purchased a group of drawings which Dad had done when a student at Pratt.

On a day as I was taking photographs, Weston  engaged in an animated dialogue about the displays.

But this time around the antique dealer was looking for pieces to display in the upcoming antique show at the pier in New York City scheduled for this November. It is an international antique show. Our dealer is going to have a display case devoted to Dad’s work, which is what we decided should be the focus in introducing Andersen to that market.

These days, we are seeing a slow stream of professionals of various fields spotting our company- some in the antiques business and some interested in contemporary business development. The recurring theme is that we should be doing limited editions, targeted at a higher end of the market place This is a point that we take seriously but I often feel that “living” legacy – the importance of carrying on, not just the work, but the process that makes the work possible, is not understood. That “living” legacy is what we are trying to realize in our Kckstarter project. At the heart of the living legacy is a love for the process itself- the ceramic process and the business process, which are both part of my father’s achievement, and the responsibility of our generation to persevere into the future. 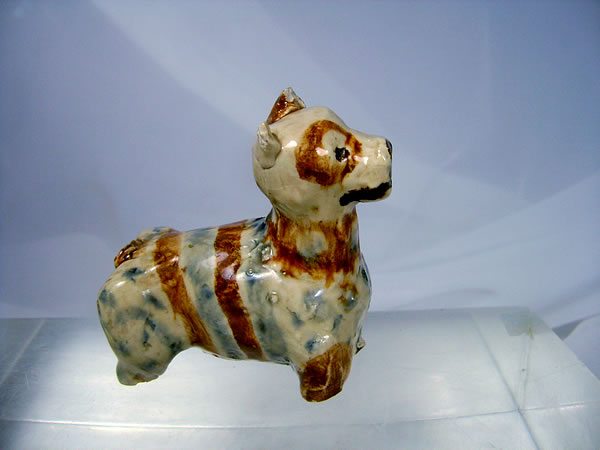 In the 1930’s when  Viktor Shreckengost was creating the Jazz Bowl,
Dad was creating creating his first animal sculpture

To illustrate his point, the antiques dealer brought up the work of  Viktor Schreckengost,
a designer of ceramics and other cultural icons and a contemporary of Dad’s ,who died in 2008 at the age of 101. He brought up Viktor Schreckengost’s Jazz bowl, which, when it was produced as a limited edition in the 1930’s , sold for $50.00 . In 2004 Sotheby sold one of the original limited edition bowls for $254,400.00.

According to unconfirmed hear-say the reissue series of the Jazz Bowl sold for S75000.00. The website does not list the price and so I repeat- the price is based on hear-say that seems consistent with the selling price of the original 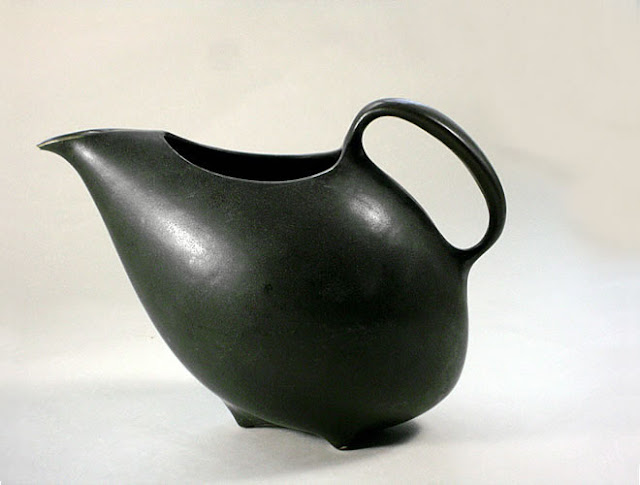 When Dad was in the first recovery stage after his brain injury., he was talking about “systems management” and in that moment, It clarified his genius. Dad always had his mind on “systems management” and here he was using the same facility to “system manage” his recovery after a brain injury. Fascinating! We have always understood that Dad is into systems management but when one grows up in the midst of it, one takes it for granted as something that is always present and as such one does not necessarily identify it.

In the course of the dialogue with the antiques historian, I was aiming to interject the importance of preserving the living process and I mentioned that the small birds can go into every kiln and fill up the spaces around the larger pieces making a denser and better kiln firing environment. This could be an advantage to any budding ceramic slip casting shop. Not only does the addition of small birds help the kiln firing environment , but it also helps the economic bottom line.

That is when the antiques dealer got it, and as he did so, he conceptualized a theme for an article about our enterprise targeted for an important publication – and that is as much as I should say about that because it is not for me to leak his idea.

The antique’s historian suggested a very inspiring project that fits into the “limited editions” theme – a limited edition re-issue of early functional forms, suggesting that it could be called “the modern line” We could re-issue it with a specially designed glaze.

I am very inspired by such a project but it is not one that we can easily realize in our current small space which accommodates only a limited staff. Such a project, to be done well, needs a team that specifically focuses on the project and a space where the pieces can be developed as a line in which each individual element complements the group.

Such a project could be realized in our current space but it would take a very long time because it is not the only thing we are working on- and that same limitation is also the reason why our Kickstarter project is currently on hold indefinitely, The individual best suited to write a the introduction is currently working on a very large order for a very significant  customer, and that is what they need to prioritize at this time. When one works with a small staff, jobs are done consecutively. With a larger team, jobs can be simultaneously orchestrated . 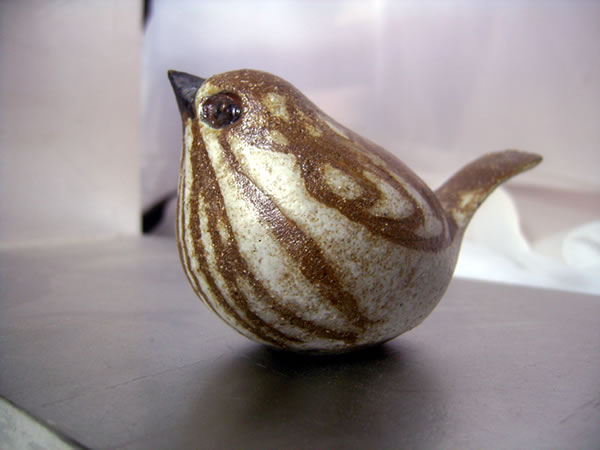 Our first Kickstarter project has to be one that we can realize with currently available resources. We have provisionally decided that the Sparrow will be one of the project rewards and that the project will include creating a rubber mold of our Sparrow, which will mean that production molds can be produced quite easily as needed. This is the best way to preserve the designs and to insure that the molds are always fresh. Worn molds create a lot of unnecessary work.

And on that note the Loon is a serious contender for our project and rewards. With all the white spots which are carved into the Loon’s back, there is no other piece that is as work intensive as the Loon when the mold becomes worn. 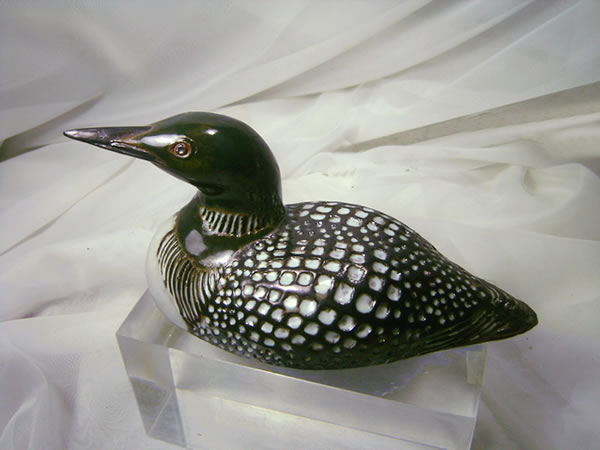