A Ceramic Slip-Casting Studio: An Art, A Business, A Philosophy and A Way of Life

by Susan Mackenzie Andersen
Andersen Studio’s Mold Making Kickstarter Project is a foundational process  for kickstarting  our envisioned evolution of a historical family run ceramic design and production studio, established in mid-century by our esteemed parents, the twentieth century ceramic designers, Weston and Brenda Andersen.  Our dream is to pass on the creative lifestyle and a living legacy in the form of the Great American Ceramic Designers Craftsman Network built on our brand, Andersen Studio- Andersen Design Stoneware established in 1952. 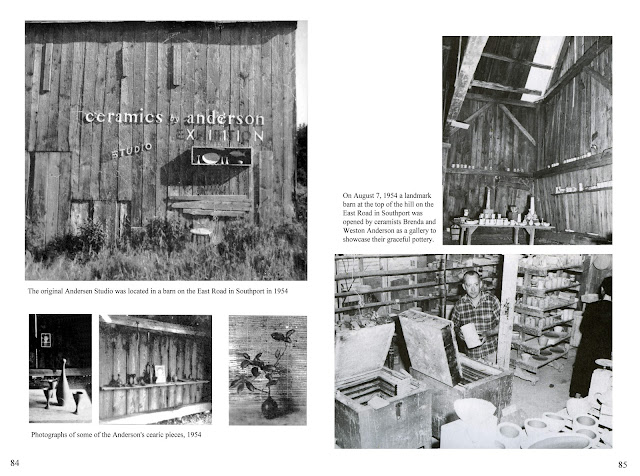 A page from Images of America showing Andersen Studio Andersen Design
in the early 1950’s when we were known as Ceramics by Andersen.
Click to see more.

Andersen Studio is a local historical landmark on the Boothbay Peninsula on the coast of Maine. Our lines of wildlife sculpture and functional design are established classics which the local people and summer visitors began collecting in the mid-century days when Weston and Brenda opened their first gallery in a 200 year old barn on Southport Island Maine.  Today there exist many collections that date back to the 1950’s, handed down from one family generation to the next. We receive many correspondence from art lovers who have rediscovered our work after many years and connect with it as a icon from their own personal history 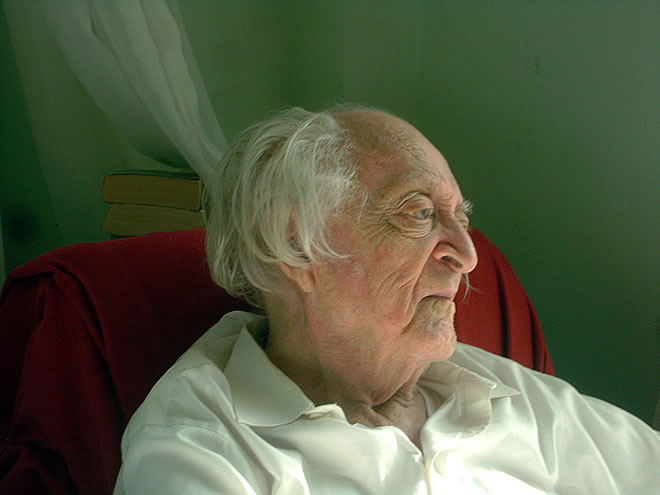 Brenda died in 1994 and Weston is 90 years old, seemingly with nine lives as the medical profession has told us  many times over that Dad has barely a chance to survive  A few years ago Weston fell down and suffered a serious brain injury. The prognosis was convincing when we were told “multiple system failures, what is good for the heart is bad for the brain, and that he would never be off the oxygen” – convincing until Weston woke up and ripped off the oxygen mask. He lives with us today in the house that he purchased in the fifties containing, in addition to a home, the business that Weston built as part of the architecture and life lived within it. The brain injury brings the heart into focus and re-arranges time so that we have come to know our father at many ages of his life. Weston’s mind is still very much on the business as he made very clear, in his typical manner on a morning when I greeted him as he was waking ,and  he said  “The whole thing would work better on a larger scale”- and that is what we are hoping to achieve with our Kickstarter project.

We have followed in our parents footsteps in doing our own marketing. In the fifties that meant taking black and white photos of the work and publishing a hand crafted catalog. Today that means taking our own photos, creating our own website and developing our own seo, while engaging the social networks.

However marketing is only one piece of the picture. We are currently doing our production in the small studio attached to our house which was intended to be our personal design studio. We have put a temporary stop on active pursuit of  internet marketing while it continues to grow organically. The marketability of our line is solidly established but the internet demands instant delivery. With such a large line being produced in such a small space and with a minimal staff, we need to shift our focus to expanding our production and order fulfillment capabilities- which is the first plateau of the ultimate goal of  our KickStarter project. The project – creating rubber master molds of  items offered as rewards, enabling production molds to be easily made by anyone with a minimal amount of training  – will facilitate the ability to transfer production to other ceramic slip casters, once we have an adequate production facility where we can train the skills and attract the talent that is uniquely suited to carry Andersen Studio into the future as a living legacy.

Since Andersen Ceramics was born in the early fifties we have been committed to being an American made hand crafted product.

Today , due to our history and the unique path taken by our parents, Weston and Brenda Andersen when they set out not only to design but also to produce their designs in a hand crafted process and then added a line of wild life sculptures to their line of functional forms, Andersen Design -Andersen Studio has carved its own unique place in ceramic history. Our small company is in a unique position to move into the limited editions market which opens up an inspiring new creative direction and lucrative opportunities for our company. our collaborators and our collectors. 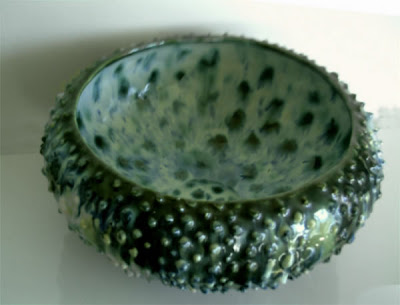 As a small family business producing a product which became a collectible through a grass roots movement we are ideally suited for Kickstarter and Kickstarter is ideally suited for us. Our family would like to shepard what we have built into the future to ensure that the values with which this business is started are preserved. This includes not only the beautiful products that we produce which are treasured by so many but as importantly, preserving the living working process into the future. Andersen ceramics does not fit neatly into any pre-existing mold. The creative process blends the attributes of repetition and spontaneity. When functioning optimally one side enhances the other. Thus along with our standard production line – the basis of a successful wholesale business, we have always been creating off beat variations along side the standard. Sometimes this takes the form of glazing a bluebird green and at other times it may manifest as cutting and pasting our forms together in unexpected ways. 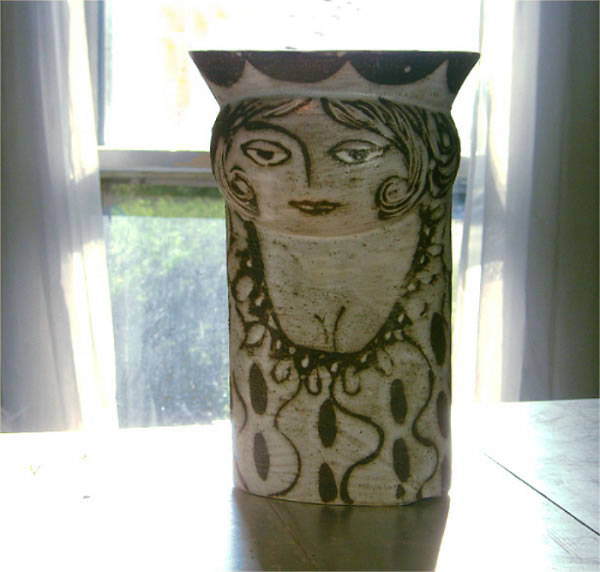 The discipline of the repetitive work perfects the craft in a zen like rhythm of productivity, while the playful latitude results in an unexpected variation of a form which keeps the spirit and interest alive in eager anticipation of opening the next kiln. This is a process that one has to be immersed in to fully appreciate. Those looking from the outside in do not necessarily perceive the value of an internalized meaning in the work process itself. Andersen Stoneware is not your usual corporate culture and so the Andersen family is grateful to the opportunity that Kickstarter provides to capitalize a birth of a new era for our company without giving up control and ownership in the process. We could use some “corporate management” help in some areas- such as office work, data management, order and delivery, but we feel the areas of design and production need the personal attention of those who have lived the process.

As a private enterprise, we cannot offer a tax deduction for contributions to our fundraiser but we can offer art, which has an intrinsic in-the-moment value to its collector as evidenced in the many letters of appreciation which we have received over the decades- and another “collectibles” value which may increase in value in unexpected ways over time.