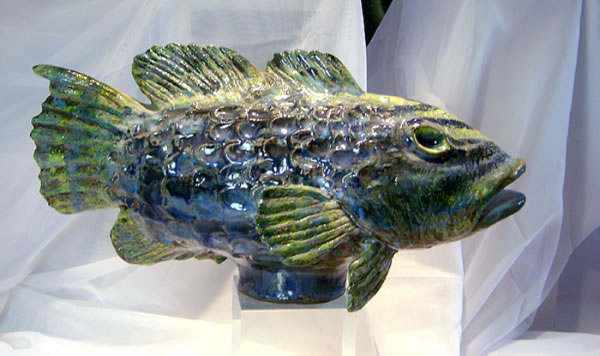 We will be offering the large Fish as a reward in our KickStarter project, as a signed and dated One of A Kind series. The large fish was modeled by Weston Neil Andersen, after he developed macular degeneration. The stoneware fish is based on a Carp but is primarily an archetypical Fish, assembled, carved and decorated with artistic imagination by yours truly, Susan Mackenzie Andersen

Going back to the post on the British Pottery Industry, I introduced this research paper  The Strategic Management of Outsourcing in the UK Ceramics Industry, published by by The Manchester School Of Management in 2001. The paper represents industry thinking on outsourcing at that time, which advised outsource all activities except the core business activity.

However, as valuable a paper as this is, there are no set rules for which activities a company should outsource,and no set rules on what motivates the thinking process that leads one to such conclusions. The article merely discusses the state of the art on thinking about outsourcing for large ceramic potteries in Briton in the year 2001.The primary motivation for out-sourcing as many activities as possible that the paper encorages, is the financial profit motive. However most people are not motivated by a singular goal, and furthermore, a straight path is not necessarily the best route to get to where ever one is going.

A few years back I heard similar advice from Donna McNeal at the Maine Art Commission as she told the assembled group at an art marketing workshop, that one should always have a professional photographer take the photos of one’s work. That’s fine if you are a fine artist with a relatively small amount of work to photograph, and if you have the means to hire a professional photographer at whatever the going rate is.  When I heard this, I thought to myself that if my parents had followed Ms McNeal’s advice, our company would not even be here today. Back in the days of black and white photography, they produced their first catalog themselves, which is not uncommon within the bootstrap economy, then and now. If you are familiar with Etsy, you will find that part of its networking culture is driven by the images created by global hand-crafted manufacturers, themselvesr

Later, after my encounter with the SEGF at the Juice Conference, I  began exploring the economic development legislation passed in Maine over the last thirty years,and reporting what I learned on my blog, Preserving the American Political Philosophy. My research has led to the understanding that the government designers of Maine’s socioeconomic culture exist to serve the upper third of Maine’s economy. The Maine state government’s “targeted sector” is capitalized by the funds that the Maine government collects in it’s network of state corporations, The Maine government has delegated it’s “targeted sector” as the “creative and innovative” economy of Maine. Correspondingly, a name to identify the un-targeted sector in Maine’s economy is called for and since this sector creates its own capital resources, I call this sector the “Bootstrap Economy” . 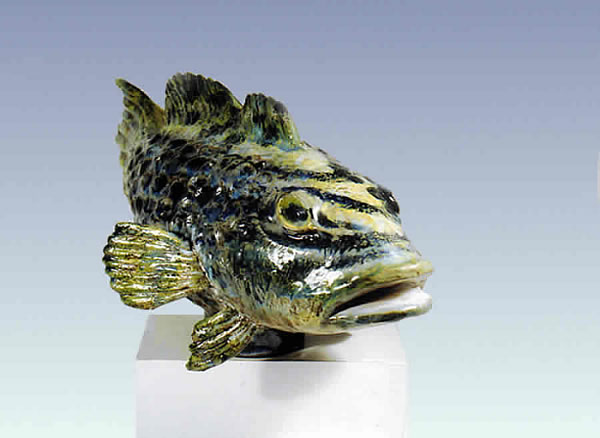 As you might notice – I have broken the rules as defined by the Maine Art Commission by not only by taking the photographs of our work myself, but also by designing our website. Over the years I have explored the possibility of working with an outside web designer but the inevitable response when web designers learn that I have designed our website is that they will have to throw the whole thing out and start from scratch and for this they will charge us in the neighbor hood of $120.00 an hour. It would not have been necessary to state the the first reaction as the cost of their services precludes the possibility of a working relationship, especially considering the size of the line of products that we have to market, which even today are not yet represented on line in its entirety. The prices that I have encountered for outside consultants are tailored to the economy of the a fore- mentioned “targeted sector”, which is to be expected when the government is directing large amounts of capital to that sector. However, considering such factors as the reduced cost of taking and developing photographs, I believe that there is a new emerging potential for photography and related services affordable to to the micro-economy.

I bring this up as one of the “public benefits” that our business is capable of providing.  I learned to design the website myself through various online resources, most notably www.3schools.com, and as it stands in our current business model , photography, and webdesign and marketing skills are activities that we do in house, following in the tradition that originally built Andersen Stoneware to prominence. Rather than look to outside technical resources with which to work, I have developed enough knowledge on my own to work with apprentices and to teach them not only the skills that I have learned but to teach them how to learn- or encourage them to continue to do so. Our ideal new production facility would also include a marketing space where photography setups can be maintained and which has the potential to become a side business offering services affordable to other makers and manufacturers  in the bootstrap economy.

The government designers of Maine’s socioeconomic culture state that one of their goals is attracting and/or retaining young people in Maine, and true to format, seem to think that what is needed to attract youth to Maine are high paying jobs with all the best benefits. Conversely in the bootstrap economy, this is something that one earns through building an enterprise since most enterprises in the bootstrap economy do not bloom fully grown with all the benefits as are conferred (or mandated)  upon Maine’s “targeted sector”, in place. This does not mean that there is not a desire to offer the best benefits- that is why I cited Whole Foods as a model in my Vision, having heard that Whole Foods offers top of the line health care services to its employees. However, in the current state of affairs in this country, the entire health care situation is too uncertain to make any plans, but at least the size of business that I envision- or I should say individual businesses in the network that I envision, would unlikely hire greater than fifty people and not be subject to current government mandates. How much of an advantage that may or may not be remains to be seen, since the cost of private insurance is relative to the number of people in the pool.

Young people, and for that matter all people, are motivated by multifarious reasons Ceramics has historically been attractive to youth. In these days when a college degree usually guarantees a large debt but no longer guarantees a high paid position enabling one to pay back the debt, the smart young person will consider other alternatives. With the right amount of capitalization. Andersen Studio – Andersen Design, can potentially be such an alternative  A ceramic slip-casting business that teaches the skills of ceramic slip casting, glazing and decorative techniques, and also has an in-house marketing department that also develops photography, graphic, and website design, and a business office and development strategy, is a viable alternative to the type of environment that one finds on college campuses. It would also be a community of all ages and if it successfully works together as a team, it offers some of the same spiritual benefits that we find in sports.

This is not to say it would be easy but its a new model suited to today’s emerging reality. 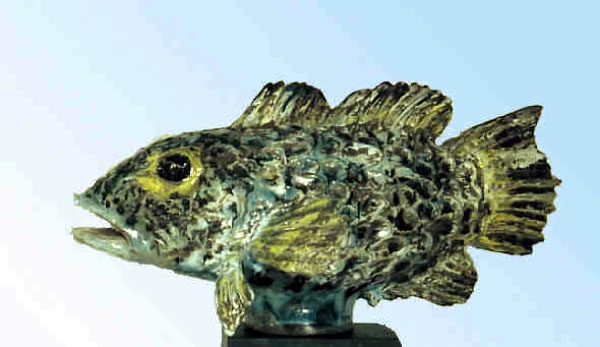 Another version of the Large Fish