As I am thinking about this, all kinds of ideas are connecting with one another, which is how a network functions in essence..

Today I am thinking that this network, which I have envisioned for so long, fits like a glove with KickStarter.com.  My idea is a network of privately owned businesses that share some connections such as productivity rights for selected Andersen designs and marketing, which is an area in which Andersen stoneware has an established presence with roots going back to the mid-century . The reason I came up with this concept is because I meet so many people who want to be the owner of their own business, but as much as that gives one independence, it is also difficult and sometimes lonely. I was raised amid the birth and growth of Andersen Stoneware. We didn’t have much money, especially in the winter but it never bothered me, beyond wishing I could have an extra pair of shoes- a relatively minor consideration. We were surrounded by the natural environs of the Maine coast and my parents were involved in an endevour which brought a lot of meaning to our lives and for which they received a lot of recognition from the community, which was all that I knew. It left me with a deep sense that work, first and foremost must be rewarding in and of its self. This is the way that I feel about ceramics and about owning and operating one’s own business. there is no job that is beneath one. There are only jobs that need doing and one does what has to be done as we watch the process grow and become other things – such as beautiful ceramic objects. 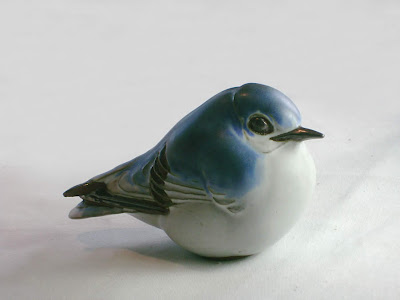 Kickstarter is structured in such a way that one defines a financial goal of a project, which should be enough to achieve the project. One sets up a series of awards of various price points.and one selects a duration for the fund raising project. If one reaches one’s goal, all the money that is raised is deposited into one’s account at the end of the selected time span but if one fails to reach one’s goal, no one is charged and all the money goes back to the purchaser. If one goes over the goal, one must invest 10% of the amount over the goal in another kickstarter project.

CORRECTION POSTED ON JUNE 29, after sending an email to Kickstarter to inquire about the length of time one has to invest 10% of any of the amount over the goal- i was informed that this is mis-information- One keeps all the amount over one’s goal to spend as one determines. I still decided to keep the remainder of this post in tact as it still contains the germ of a networking idea.

So one of the first decisions is the amount of the goal. One obviously wants to keep the goal small enough to assure that one will meet it. If one goes over it, then one must consider that if one purchases a personal item, it is taxable income, but if one is purchasing an item for business use, it is a business expense. Some people go wildly over their goals. recently one kickstarter project went about half a million dollars over their goal and so 10% can sometimes be no small amount.

This is where the intersection of Kickstarter and the vision for a Andersen Studio United Ceramic Designer Craftsmen of America gets interesting. It is conceivable to use the kickstarter network to kickstart the network in organically organized succession

For instance, the project that Andersen Studio is seriously considering is a mold making project. We have a huge line of designs and need a huge amount of mold-making but a mold-making project does not have to encompass all the molds that we need. It could be a smaller project within the larger project of mold-making and so if we went over our kickstarter goal and had 10% of whatever to invest in another kickstarter project, the ideal project for us to support would be someone trying to set up a mold-making studio, or other project related to a mold-making studio, which would offer as one of their high end rewards to produce molds for the purchaser. Mold making is a skilled craft in its own right. A working relationship with a qualified mold maker is a necessary ingredient in our conceptual Andersen Studio United Ceramic Designer Craftsmen of America, although a mold maker would likely function as a stand alone independent contractor. I know of other ceramic designers working with the slip-casting process who would also like to work with an accomplished mold maker.

Time’s up today – except to say “calling all mold makers”  and to be continued in the near future.