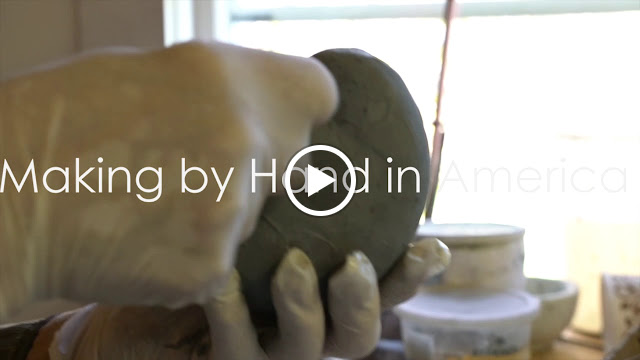 In 2004 anthropologist Edward M. Schortman  and Patricia Urban published Modeling the Roles of Craft Production in Ancient Political Economies, a research paper discussing trends in an active archeology debate over the role of craft production during the Bronze Age.

Modeling the Roles of Craft Production in Ancient Political Economies is an interesting read, particularly because it likewise describes contemporary social organization, or perhaps, better said, what was contemporary, yesterday, but is now rapidly unravelling and no one yet knows where it is going.

Contrasts between the centrally managed Sumerian culture and a European egalitarian class of itinerant makers can be applied to contemporary political organization, vulnerable to change, in a world responding to coronavirus.

Before the 1930’s when  V. Gordon Childe’ began investigating the role of hand crafted production from a socio-political angle, archeologist limited their consideration of  specialized manufacture to  the economic realm. Childe argued that concentration of wealth and power in the hands of the few thwarted the development of a broad market for craft goods and discouraged technological innovation. At the same time, Europe’s itinerant craftspersons were developing dynamic sociopolitical structures that encouraged technological experimentation and scientific progress.

The importance of craft manufacture to long-term economic processes is not denied. What is being challenged is the notion that fabricating items at any scale can be understood as a purely economic activity that solely generates surpluses to meet market demands. Instead, artisans are increasingly envisioned as having actively participated in fashioning the social and cultural worlds they inhabited. How they went about this creative process, and how much freedom they enjoyed in its enactment, are hotly contested. Modeling the Roles of Craft Production in Ancient Political Economies pg 196

Who has it best?

The researchers ask the question “Who controls and/or benefits to the greatest degree from craft production, elites or commoners?”and “Are craft goods primarily used to convey meaning or to achieve economic ends?”

There is no definitive answer to these questions which depends on how one defines “benefits” and “meaning”. My makers culture view is that meaning resides in the work process and the greatest benefit is in the meaning. The hand crafted objects conveys the meaningfulness of work through the object of the work, both in the sense of the resulting physical object and the sense of the objectives of the work process. Since the maker is the benefactor of the experience of making, the maker benefits the most by having the opportunity to engage in the work process. The maker who directs his own process, allowing ideas to emerge from the work process, benefits creatively more than the maker responding to directives from central management which has no hands-on connection to the work process. In that sense, the maker working in the commoner (free enterprise) system benefits more than the maker working in the centrally managed elitist (hierarchal) system, with exceptions for instances when the hierarchical system functions as a meritocracy such that every worker can learn from others with greater skills and experience.

If ones measure is purely monetary and factored as short term gratification, the worker in the elite system benefits more because the state negotiates “higher than average wages and benefits” for their targeted sector work force. However the worker in commoner system does not have an external power delimiting his potential and so the worker can potentially exceed the monetary compensation of the “quality job” worker, in the long or short term. This is not cut and dry since the “quality jobs’ worker has the opportunity to rise in the corporate hierarchy based on his skills if that the system functions as a meritocracy and otherwise as a function of the political culture.

State central management, being remote from the actual individualized work process, has a potential to undermine the functioning of a meritocracy as the measure of value in such a system is construed as generalized social justice and does not factor in individual merit.

The role of ancient craft makers is analogous to that of contemporary authors of algorithms. The strategy of control over craft makers in Sumerian culture is repeated in policies implemented by today’s corporations and governments to acquire ownership of intellectual property foundational to modern technology. The inherent value of the work process, distinct from compensation, is not factored in the hierarchical value system in which corporations prioritize the bottom line and invest in financial assets over production and research, or wherein governments negotiate for “quality jobs’ defined as “jobs that pay higher wages and benefits”.

When the system is decentralized, as relationships between equal peers, the work process is centralized as the common objective around which relationships are organized.

Before coronavirus the investment world was moving away from production and research in order to invest in money making money, based on a currency created out of thin air by central banks. Coronavirus is testing that system’s viability like it has never been tested before. Giving fiat money the benefit of the doubt, what happens when all classes realize that central management can print up infinite supplies of money and decide that no one should have to earn a living but that a living wage should simply be relegated as a human right? Will robots truly step in and do all the jobs as some have been saying? Will the government mandate that the people “serve” in functions decided by central management, meaning that the people serve the government instead of the government serving the people? Will there be an alternate free enterprise choice in which people can earn a living rather than serve at the governments pleasure? These are the same questions that archeologists have been asking about what was transpiring during the Bronze Age in the specialized production class. Were they freemen or exploited slaves?

Modeling the Roles of Craft Production in Ancient Political Economies unfolds the “prestige goods theory” which posits that craft production was employed as an instrument of elite domination strategies in the Sumerian culture. Such strategies have prevailed throughout history in the marketing of every category of goods but is far more prevalent in centrally managed societies, which function as hierarchies.

Researchers pursuing the themes outlined above view these linkages from different angles, focusing on distinct aspects of ancient political economies. Those examining the production, distribution, and consumption of prestige goods stress industries staffed by full-time client-artisans who fabricated objects used to build hierarchies operating on polity and interpolity scales…….

…..Investigators looking at the function and meaning of commoner production, regardless of spatial scale, tend to see these crafts as instrumental in the creation of heterarchical, not hierarchical, relations (Crumley, 1979). Dealings among people of roughly equivalent status are emphasized as opposed to those based on institutionalized inequalities Edward M. Schortman1,2 and Patricia A. Urban 2004  pg 203

Transposing the contemporary Age over the Bronze Age, the Sumerian culture equates with corporate culture. States operating on the principals of centrally managed economics compete for larger and larger corporations, begging the question whether there is any part of corporate culture that exists outside of the corporate welfare system. The  micro-economy operating as a free enterprise system is the equivalent of commoner productions.

Schortman and Urban conclude that a centrally managed system is never truly manged by one source of power but by multiple interacting sources of power as in a decentralized system. This has to be true because man responds and interacts with the world individually.

As 2020 commenced, we were living in a centralized global economy divided into the developed world and the developing world. High valued industries were designated to be located in the developed world and low valued industries were to be located in the developing nations. As with the Sumerian culture traditional craft production in the developed world was valued primarily as an elite market.  As with the Sumerian culture, it was significant to the hierarchy that prestige crafts be made out of the rarest of materials for which the distribution was controlled by kings and the artistry required highly specialized skills made from imported materials, available only to a wealth elite, or in today’s world of fiat money, available only to those to whom central managers of the currency distribute capital funding.

From the point of view of the artisan’s pursuit of beauty and utility, the aesthetic value can be achieved with materials widely available and even to be found in prolific objects of beauty, such as a common rock. From a purely aesthetic perspective a moss covered stone may have equal or greater merit than gold. It is gold’s rarity that gives it its monetary value but common to every stone is aesthetically unique character, like no other, making each stone a one of a kind object of found art.

Then and in the now, bygone, now,  production of prestige goods was an instrument of the centrally managed state used to establish and maintain a hierarchical structure in human culture. The Bronze Age Sumerian culture is mirrored in the pre-pandemic contemporary world in the prevailing value that the blue chip art market confers to large scale work. Jeff Koons, once the highest paid artist in the world, who never laid a hand in the making of his own work, epitomises the prestige goods theory. One might say that Jeff Koons art lies in his ideas but even his ideas are appropriated. It is more accurate to say Jeff Koons Art lies in his status as the power elite, that class of people, habitually complained about because they make so disproportionately more than others contributing to a mutual wealth producing activity. Jeff Koons art conceptualizes and celebrates wealth inequality in the contrast between the astronomical price at which his art is traded and the minimal wages paid to those who produce it and in the fact that he appropriates the intellectual and artistic work of others and reproduces it in more expensive materials and at a larger scale requiring specialised technology.

That was then, before the course that civilization has been on since the industrial revolution came to a sudden halt. Central management is trying to maintain itself but things are already different. In a world where control is maintained by the distribution of currency, created out of thin air, for the first time currency, without strings attached, is being distributed to the commoner class. This did not come about solely in response to coronavirus. It was already in the political winds, made more popular by Andrew Wang and the growing public awareness that the fiat money circulating throughout the economy is an infinite source, not a rarity.

In a time when sheltering in place orders may be a recurring phenomenon, rural living becomes more attractive than urban living, which loses most of its advantages when every one is confined to their own homes. In rural living people can still go outside without transgressing social distancing.

Suddenly businesses in the home and micro-economy smallness is an advantage over largeness, as a small group of people is easier to monitor than a large one and presents a lesser risk of exposure.

Before corona virus, Andersen Design envisioned a network of independent studios. We have found that a small production environment is better suited to our nature of our process and product.

In general, ( V. Gordon) Childe argued that concentration of wealth and power in the hands of Bronze Age Sumerian magnates thwarted the development of a broad market for craft goods. This, combined with the estrangement of artisans from their products, the latter controlled exclusively by rulers and their agents, retarded economic expansion and technological innovation. Europe’s itinerant smiths, at the same time, fashioned and distributed their wares largely free of elite supervision. This relatively egalitarian context encouraged scientific progress, technological experimentation, and the development of more dynamic sociopolitical structures (Childe, 1942, 1956; Trigger, 1980, pp. 108–109)