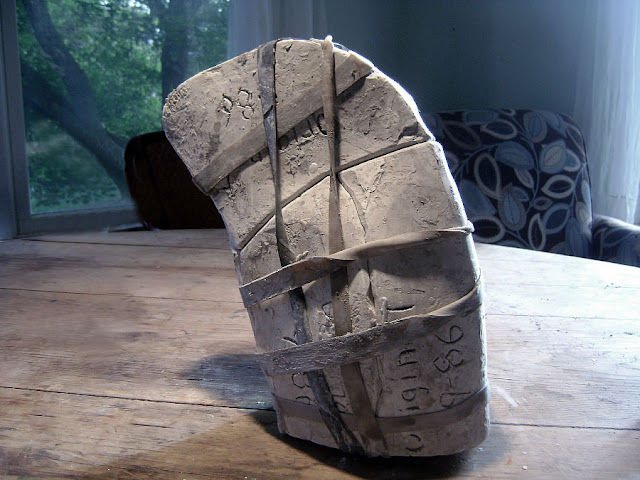 One day  a mysterious object landed  on the table, wrapped in rubber bands.

I occasionally get inquiries from other ceramic designers looking for slip casters to produce their work. When the network that I envision manifests we can pass the request along to  production studios in the network.

There once was a slip-casting studio in Maine, which, I had been recommending, but I looked for the website yesterday to find that it is no longer active. leading to the conclusion that the production studio is no longer in business. 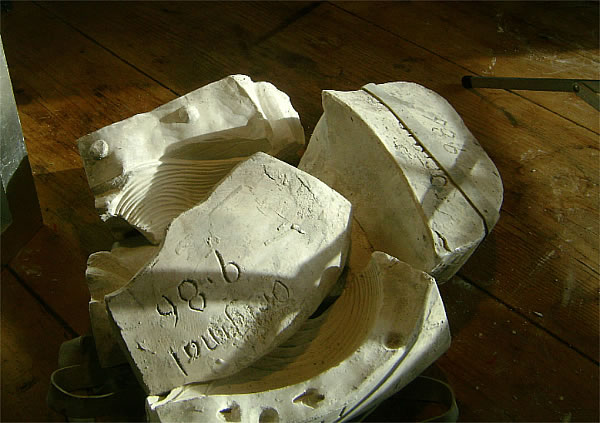 Suddenly the rubber bands came off and the pod fell open.

Back in 2009 when I entered the competition for what I took to be a modest grant  appropriate to the micro economy. the same slip casting studio was then looking to expand to a new facility. It needed a specified amount of advance work orders to get off the ground. My Vision at that point had been published on-line for a  number of years, wherein I state that the development of a ceramic designer-craftsmen network is responsive to the interests of the participants in the network, –  an organizational process. that grows organically. The fact that the slip casting production was looking to expand at a moment co-coinciding with the competition, seemed like a God-sent first step in the process that I envisioned. The amount of the award was enough to capitalize the marketing costs needed to procure the necessary production orders.

Such an opportunity. waiting in the works, did not strike a chords with Mr John Burns of the Small Enterprise Growth Fund (a tax-payer subsidized investors group that I have written about here) The amount of the investment was suitable to the scale of the project  that I presented but Mr Burns was interested only in the entire network and declined my application, saying that I did not have a “plan for my vision”, although my plan has long been that the development of the network has to proceed from the people who process a genuine interest in ceramic slip-casting and associated ceramic arts. To my point of view, if the marketing capitalization had been available at that time, the proposed slip-casting production might have materialized, which would have been the first concrete step in the direction of establishing a working ceramic designer-craftsmen network 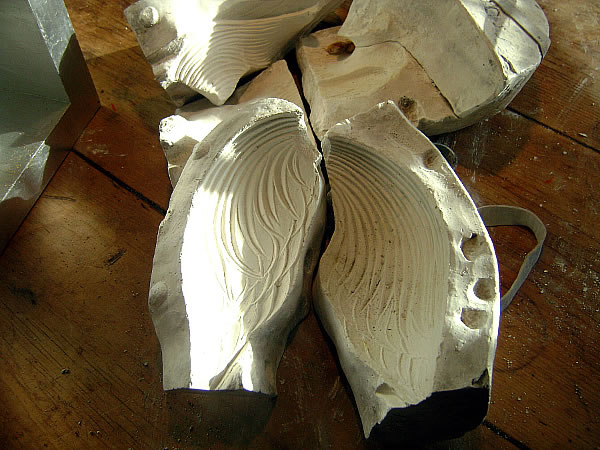 Slowly an inner intent is revealed

Our story portrays of the state of the contemporary Maine economy, dominated by the vast “economic development” network of Maine State Inc., which collects capital from state and federal taxpayers and from non-profit gifts and redistributes that capital to their targeted sectors. Maine Inc, for all its hoop-lah about “creating jobs” has eyes only for the largest companies. or companies with “high growth” investment potential, and perhaps some smaller companies that relate to the green agenda. Most of the people with whom I am in contact function within the micro-to small business sector.  Businesses such as Andersen Studio are  not recognized as contributing to the “public benefit” goals of Maine State Inc. In fact, short of becoming a non-profit organization, we do not exist on Maine Inc.’s map for the future of Maine- even as we are in the manufacturing sector , which our nation needs so badly, 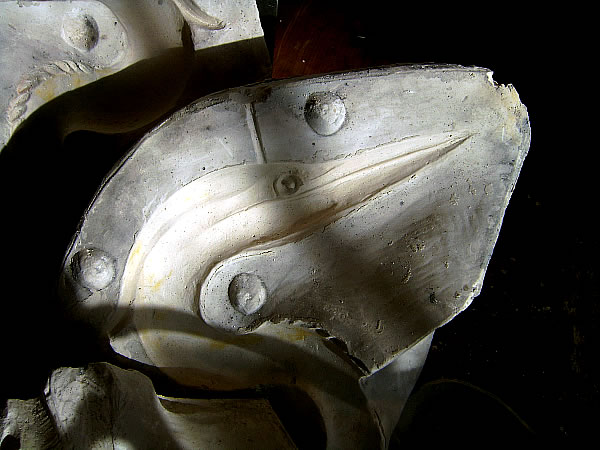 And along comes KickStarter, which is quite revolutionary in concept as for the first time the tide turns in the other direction. As the number of non-profits multiplies in Maine and in the nation, the competition for non-profit funding has driven non-profits to compete in the private sector and as they do so, they have been changing long-existent standard private sector rules of business to their advantage.

Such a case in point is when the Maine Crafts Association took over management of the Maine Crafts Center, operated by the Maine Turnpike Authority. MCA sent out a general announcement that those wishing to have their merchandise considered for the retail store could show up at a scheduled time and scheduled location and pay a S65.00 jury fee.

Andersen Studio has been selling wholesale to fine stores and catalogs for over half a century. Never have we been asked to pay a fee to buyers to consider our work. Jury fees are for art gallery shows and not appropriate in the retail marketplace. 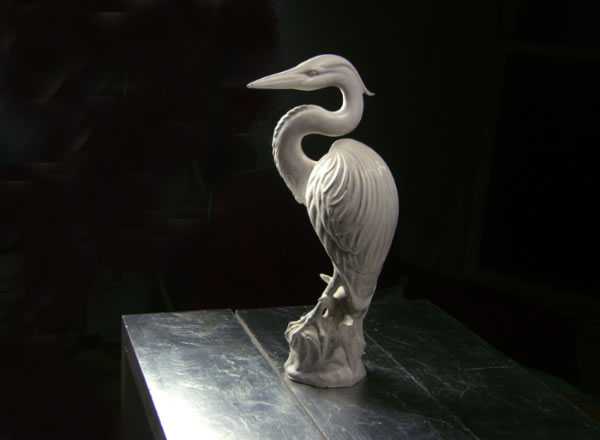 And transforms into the Great White Heron

There is no question that Andersen stonework would sell exceedingly well at a store on the Maine Turnpike but fair business practices are important to uphold and so we are not there.

Now KickStarter makes it possible for a small private sector arts business such as Andersen Studio to participate in fundraising projects, a venue formerly exclusive to the non-profit sector- and so the tide changes.

Kickstarter is an opportunity for a private sector business such as Andersen Studio to bridge the internet marketing and order fulfillment gulf. Our current production studio is too small to accommodate the market potential that is available to a distinctive small craft business in the era of the internet and social networking. The expectations for usual online purchasing is  instant delivery. KickStarter allows us to take orders with a delayed delivery schedule on a first order- first serve basis. The beauty is that the greater the number of orders we generate, the more people will will need and be able to hire and so creating jobs and opportunities is one of the contingent rewards.. As we build a staff and a new facility to accommodate production, order fulfillment, and marketing, we will then be able to expand our marketing through the usual internet and other channels knowing that we have the organization in place to meet the demand.

Our most valuable business asset are our designs and the perpetual marketability of those designs as established over sixty years. Our project will be the creation of rubber master molds for the designs and our rewards will be the artwork produced with those molds. The Great White Heron featured here has barely been produced since it was created in the 1980’s due to some mold and support issues that need to be resolved. It is likely to be on ef our mold projects and rewards offered in our upcoming KickStarter project. 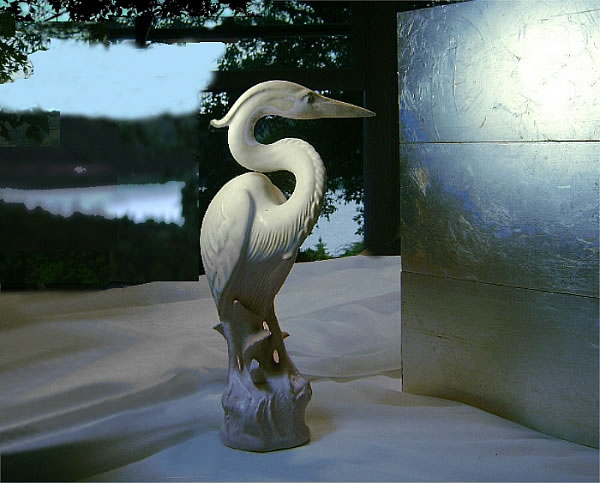