As Corona Virus demands change, a transforming culture grant us permission to be who we never thought we would be. 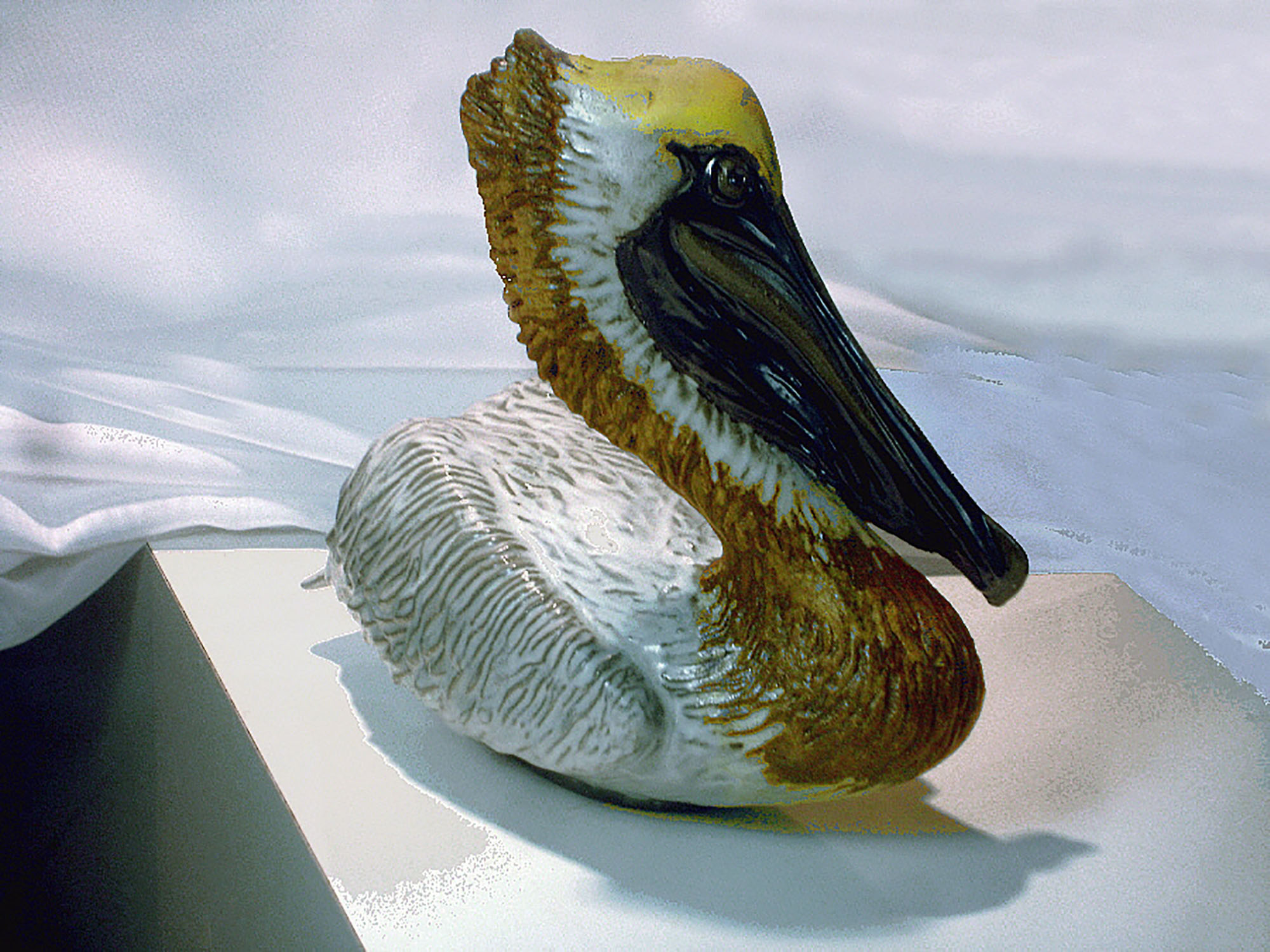 I awoke in the morning in an instance that dreaming becomes consciousness, a transition as elusive to detect as that precise moment when night becomes dawn.

I was travelling in my dream on the main road out of town passing through the point where the Harbor becomes Boothbay. On the side of the road, I saw a sign that said “Learn Farm”, crafted on a wooden board painted with weathered white paint, and written in Times New Roman font. A frame around the words lent the sign traditionally old fashioned flair.

In dream word play, the message is its new but its old, Times, New Roman, correlating with to my concept of a twenty-first century cottage industry, a network of businesses in residence, pre-industrial culture resurrected for a world evolving toward smaller, autonomous interactive parts.

At first instance I read “Learn” as the name of a family farm, and on second thought I understood it to be a verb. The sign was on the right side of the road, off the beaten track, only noticed while passing it by. as I made a mental note that it is the right way to go.

In former times the functions served by the roundabout infrastructure, were handled off to the side of the common road, concerning only those whom it needed to concern.

The roundabout is a political construct, one I must deal with as the path I am travelling in my dream offers no other choice than to keep on moving forward into the future.

And so it is in life that one must become a political actor, play or be played.

Large well capitalized businesses negotiate with state policy makers to achieve their own ends. Small businesses must do the same. A vision of a network of independent slip casting studios becomes more viable if business in residence zoning is actualized in law and if financing options are crafted by similar intents as those applied to stand alone housing and business development.

The ideal first step wherein vision becomes actualization is the acquisition of real estate for a center of learning, research, a small production where training can happen and a gallery and someday-social-gathering-space can serve as a center for a community of like minded artisans and entrepreneurs, all the while working on advocating for better laws, ordinances, and public programs to manifest an extended network of independent contractors. Call it “Learn Farm”, for short.

Independent contractors are today’s dynamic players in remote working culture. This is their time to make a big social impact.

The goal is to establish a network of independent slip-casting contracting studios. I have contacted many local economic development resources during the past decade receiving no response.

Writing and publishing casts a wider net but the wider net might take one further away from where one needs to be rooted. By going around the roundabout about one can turn around and get back to the right turn in the road.

Perhaps the roundabout I am entering are orbits of my own making, meeting and converging, seemingly through happenstance, or as Jung would say, synchronicity, or meaningful co-incidence. Synchronicity is the guide which navigates through the unfamiliar. When all orbits are synchronized from the center outward they act as one reverberating wave function.

I began this story with the intention of introducing the new website design which I have been developing during the past six weeks, repurposing our website which markets products as a tool to promote a KickStarter campaign and extended fundraising efforts.

These days every presentation is supposed to be as short as an elevator pitch. Once, the recommended time of a video was three minutes but it is now said to be better done in two.

So my challenge is how does one communicate something so complex as our business in simple form? The complexity can be communicated using a link to our website where the full range of the Andersen Design’s work from mid-century to 21st century is represented. As in a dream, a link is shorthand for an expansive concept.

Most of our standard line is out of stock as we no longer have a studio for production but the line continues to retain its market appeal representing a qualified economic development asset. As a small size production it cannot saturate a global or even a national market. The many variables in our line and processes makes the making of the line an engaging experience involving hands-on physicality. Please check out and sign up in support of our pre-launch efforts.

As I am working on my new design, I receive an invitation from a venue where I publish, to participate in a newly forming consulting platform. The platform handles the transactions and relationships between parties, crucial as a matter of trust in a globally connected world, and a hedge against fraud. The platform is geographically located in Singapore, an Asian city-state. Lately I have been watching television series from another Asian country, Korea, finding the culture to be more American than the United States is at this present moment, which I find fascinating. The sound track for one Korean love story drama, features a uniquely rendered version of “Stand by Your Man”. The dialogue is Korean but the music is American country.

That was a diversion, or maybe not.

In another recent dream my Dad was standing between my desk and the window and told me to get a new chair. In the material world, the chair I was using was falling apart, until a couple of days ago, when I fixed it. At that time I literally needed a new chair but in dream speak, the message delivered by my father, standing between my seat of work and the window of opportunity, is that I need to get myself better SIT-uated.

This new opportunity offers the potential to become better situated. There is no guidebook, not even sample profiles. The lack of a guide is a situation common to many, facing new situations in the wake of corona virus.

A company culture that invites one to become what one doesn’t think of becoming oneself, is inspiring and motivational, granting permission to believe in learning as a continual transformative process, which in todays world takes place at a faster and faster rate. Many careers may be outpaced by new technological developments but hand made ceramics is as old as human history. By continuing to exist as an entity, Andersen Design, and other small businesses provide the opportunity for others to discover skills and talents that they might not otherwise know they have, adding variety to available options.

Many decades ago, I read a book by Harold Geneen, in which it was said that Geneen would offer potential employees higher pay than they expected while presenting them with the greatest challenge of their life. That was the Geneen company culture.

Leadership cannot really be taught. It can only be learned. Harold Geneen

As I was formulating the new website, I had been planning to offer services on our website but left it to the last. As it happened The web design was nearing completion when the new consulting opportunity presented itself.

The consulting platform is entirely different than any other I know because it features writers who are also the consultants. The writers come from many different fields and walks of life. The website is called Data Driven Investor, which on the surface is not where I expect to be published but that is relative to on how widely or narrowly one defines data.

Is the definition of data exclusive to what can be gathered in a computer compiler or is it inclusive of a living experience, more subjective than objective? As we move into the area of quantum computing we are entering a domain in which the observer affects the observed. Computer input and out put is artificial intelligence, but human intelligence programs the computer. Can artificial intelligence program AI, intelligently? That is a question on the looming horizon of the new frontier.

In the meantime, the human mind retains its mystery, The many voices of the family of man is how we create our database of living information. The great twentieth century science fiction writer, Philip K Dock coined it as Valis, Vast Active Living Intelligence System, a book he wrote as fiction about a character who perceives ancient Rome at the time of Christ, superimposed on California in 1974. Yes, that’s Times New Roman in short code. Dick said his novel, Valis, is autobiographical but no one would be believe it so he published it as fiction, because truth is stranger than fiction and nature will always be infinitely more than artificial intelligence can know.

Yesterday I received an link exchange invitation from Brad, founder of invitation Office Arrow to exchange links after he read my post, Let the Free Enterprise Micro-Economy Lead the New Innovation Culture.

Brad published some very interesting informative stats and statistics about remote working on his blog, which is now found in “Interesting Links: on the side bar of this blog, and as it turns out Office Arrow is a site that reviews office chairs including one very much like mine, which I just repaired, as I wrote about in this story about meaningful coincidences. When I am ready to buy a new chair, now I know where to go for good advice!.

One Reply to “In Times of an Unknown Future, Let Synchronicity Be Your Guide!”