Spread the love
In Philip K Dick’s fictionalized biography, Valis, the fish is an ancient symbol of Christianity.

Christianity is the philosophy that my Dad, Weston Neil Andersen ceramic designer and co-founder of Andersen Design, found in the latter years of his life.

In earlier days, when the fish in the image above was created, both my parents identified as agnostics. They didn’t know if God exists, or perhaps they just didn’t know what knowing means. When one applies knowing to God, it must be in the gnostic sense, not in objectivity for God is not an object. God is presence, everywhere. God is in the meaningfulness of life.

In the fifties and sixties, Dad was very involved in the readings of Edgar Casey. Later Dad spent time reading Carlos Castaneda. In latter days, after he lost the use of his eyesight. Dad listened to the entire recordings of the New Testament.

In my younger years, I found that the writings of Martin Buber brought great clarity to living. As with any philosophy, Buber’s begins with either the acceptance or denial of the existence of God, and chose belief.

Dad and I became involved in reading quantum theory, independently of each other. An interest in quantum theory is a natural extension of the ceramicists work with molecules invisible to the eye, as used in the making of glazes and bodies and in understanding the interactions between the two. Quantum theory, which Bohm identifies as philosophy, delves even deeper into molecular happenings, questioning the very existence of objects at the quantum domain of accuracy.

Some say that the non-objectivity of God supports the conclusion that God does not exist. However,  there is no way to objectively prove a negative and so neither the existence or nonexistence of God has an objective claim to truth. Neither can science lay such a claim since the fundamental revelation produced by observation within the quantum domain is that the observer affects and is inseparable from the observed, in which case there is no way to objectively observe the system from outside of it. David Bohm often repeats that science deals in insights and not in absolute truth.

In his fictionalized but true biography, Valis, Philip K Dick’s phrase for God is “Vast Active Living Intelligence System” (Valis), which corresponds perfectly with David’s Bohm’s subquantum nonlocality. In Wholeness and the Implicate Order, Bohm uses the phrase “everything that is”. Logically, since intelligence exists, everything that is must be intelligent, or a “Vast Active Living Intelligence System” establishing that great minds think alike.

My first memory in this life is of lying in a crib listening to a great crinkling sound and observing the light shining down on a group of people gathered around a table a short distance away. To my awareness, the crinkling sound was made by universe enfolding upon itself to create the new world I was observing. When thinking about the recollection, from a theoretical physics perspective, in which one can measure only position or momentum and not both, a universe enfolding upon itself to create the appearance, or reality, of space-time means there are two observers in the action, the one one that observes space and the other time. The question becomes, who are these two observers?

I believe in God, because I always have, apriori to when I had the capacity to intellectualize about it.  The universe made a crinkling sound as it folded itself into a cocoon surrounding myself and the people sitting in the light around the table. The people at the table were oblivious to large crinkling sounds, involved in their own conversation.The universe folded in upon itself and left me, on my own, with the other people, but I knew it was still there. These must be the two people, the I who was created by the enfoldment of universe, and the creator, who folded inward and outward to create me. The quantum theorists call this the whole and the part. The psychedelic poets call it within and without. In esoteric Christianity, the enfolded Universe is the Christ center, within, the eternal within the temporal, the wave within the present point of focus. The timeless everywhere within the Be Here Now. Check your position and your momentum and carry on! Beam me up, down and all around, Scotty!

Before I read Bohm, I read Buber who clarified life’s purpose. In Between Man and Man, Buber relates his own epiphany which brought him to understand that the events in our lives and the people in our lives are our conversation with God. Look around and you may see God’s will for your life or not. In my life I was born  into a family that started an amazing ceramic design and production company. This is a primary element of the life that God gave me and how I respond to it is a fundamental subject in my conversation with God.

Some might look around and see nothing in particular to keep them rooted to their beginnings in life and so their conversation leads them to explore the unknown. When I was younger, attending Pratt Institute in Brooklyn, New York, I slightly envied these people because they could do anything they choose, while I felt a responsibility to the gift God has given me. I became distracted by romance and intrigue and lingered too long away from my calling, returning to my roots in my forties. During the time away I pursued a series of creative directions but always felt like moving on.

When I returned to Maine to work for the family business, I found the meaning I had been seeking.Why that meaning is so strong, I cannot say. It just is the one thing that retains my interest and devotion. It is my mission in life to bring this business into the twentieth first century in a brand new pair of shoes as a revolutionary evolutionary counter culture brand. A brand that has long deep historical roots in this day of the overnight startups. Why not tradition? In this day tradition is a revolutionary concept. Not only does Andersen Design have a long tradition, but ceramics is an ancient making process which maintained humanity’s interest since the dawn of civilization, not just a bleep in time!

The vase pictured above is decorated in my mother’s inimitable hand. My mother, Brenda, was secretive and did not reveal her inner thoughts but I came know of her belief in God a few moments before she died as I was holding her hand. Suddenly, I was swept up in a great upward spiraling movement. I was surrounded by a pink sky filled with clouds rimmed with gold. An other worldly love permeated everything. Just as suddenly I was back in the world and saw that my mother was no longer in a coma and I called my Dad.

All Set To Go! 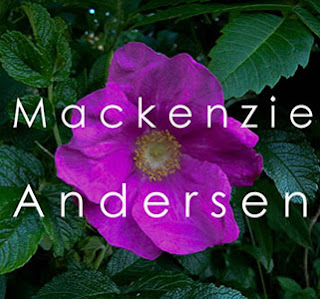